[Miscellaneous] Where is the rumor about Judit Rácz/Geek & Gorgeous releasing a sunscreen coming from? She’s the creator of INCIDecoder and the one who paid for the Purito tests. | Kr Laser 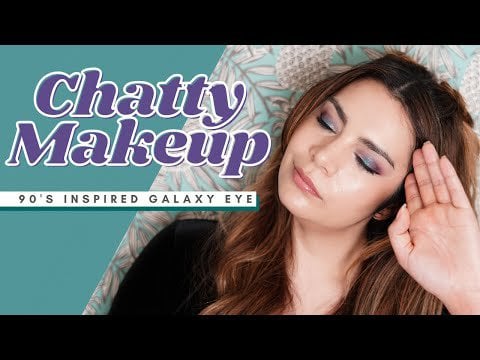 I just watched [Kelly Driscoll’s video](https://youtu.be/fTwGnmcD2oY) talking about the Purito sunscreen scandal, and she mentioned feeling uncomfortable with the lack of transparency surrounding Judit’s business ventures and potential motives for having these tests conducted on the Purito Centella Unscented sunscreen. She said that Judit is coming out with her own sunscreen through her skincare line. She didn’t mention if it’s being done through Geek & Gorgeous, but as far as I’ve been able to see, Judit doesn’t own another brand other than G&G (of which she is co-owner and co-founder). Unless Judit is creating an entirely new company, I’m assuming this would be a G&G release.

This is the second time I hear this rumor, but there has been no source for the rumor neither time. The first time I heard it was in a post made on here, but that was complete speculation on the OP’s part. Kelly doesn’t say where she heard this rumor, but she states it like it’s a fact that Judit is actively working on releasing her own sunscreen.

I looked at the Geek & Gorgeous website, and they in fact DO NOT currently sell a sunscreen, so it’s highly plausible that they plan on launching one soon. I don’t see anything about future releases, though. Does anyone know if the brand or Judit herself has said anything on social media about a soon-to-come sunscreen? I’m not having success finding anything.

I personally don’t care about Judit being part owner of a skincare brand or having plans to release a sunscreen. What I would have an issue with is her not mentioning this at all in the blog post about the Purito scandal. This is a major potential conflict of interest. I know a lot of people were wondering why Incidecoder would spend so much money on three tests (one in vitro and two in vivo) to examine this product. Was it purely just out of curiosity or was it to cast doubt on a competitor (and a ton of others in the process)?

I also find it shady that her business endeavors aren’t even that obvious on the About page of INCIDecoder. Instead of being in the short bio she has next to her picture, you have to scroll all the way down to the bottom of the page past everyone else’s bios to see the disclaimer about her being co-owner and co-founder of G&G. Why not just put it front and center in her bio? It’s ridiculous.

Anyway, has anyone seen any concrete proof (from Judit or G&G) of this rumor being true? This would open up a whole can of worms for me, especially given Cyrille Laurent’s constant gushing about Geek & Gorgeous. He acted like he knew Purito’s real numbers were going to come out in the weeks leading up to the blog post. Was Judit feeding him information?